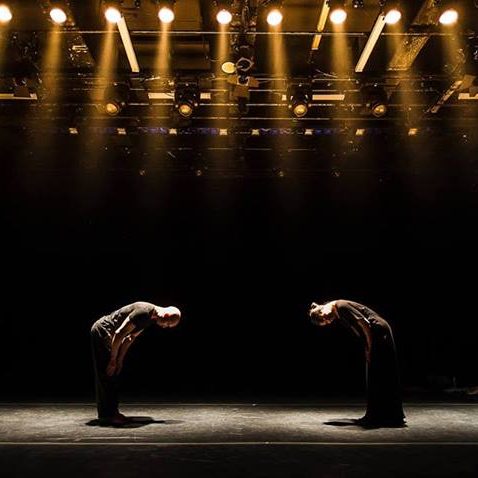 The infinitesimal distance between two bodies

A behind-the-scene look at two dancers as they rehearse and prepare themselves before they go on stage. A duet emerges out as the dancers work out mundane things, rehearsing their routines, making adjustments, negotiations and compromises. It is a duet that does not impress; rather, it is built on non-spectacularity, on labouring and everydayness. Shifting between fiction and reality, we begin to question when the performance and the duet actually start and end. The work is essentially a philosophical exploration on the idea of pre-formance and the concept of potentiality. If everything happens in a constant flux, might it not be possible that the performance and our relationship have already begun, even before we know it? 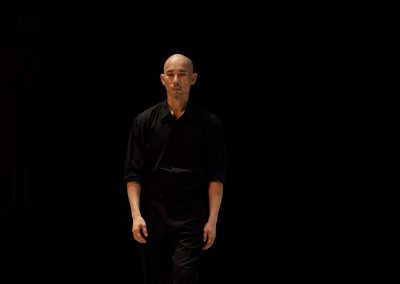 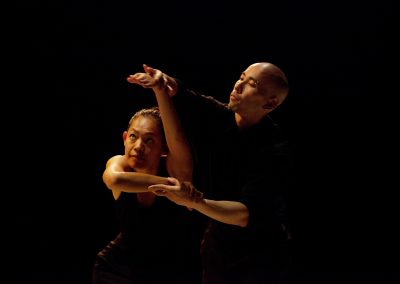 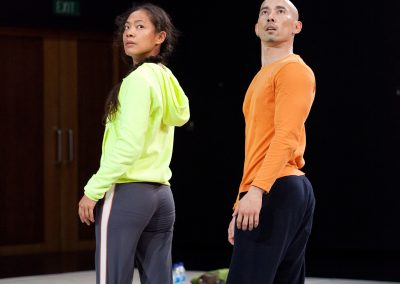 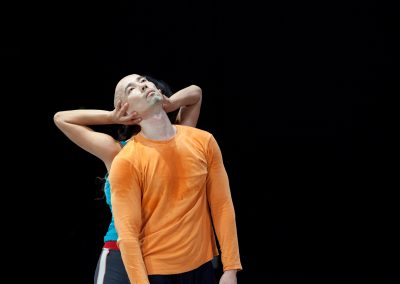 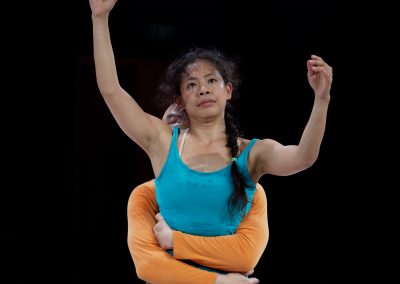 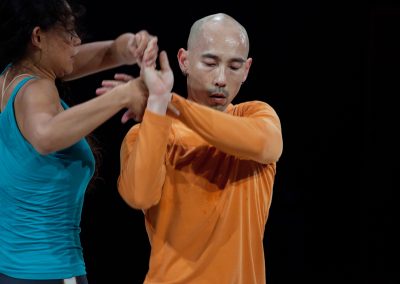 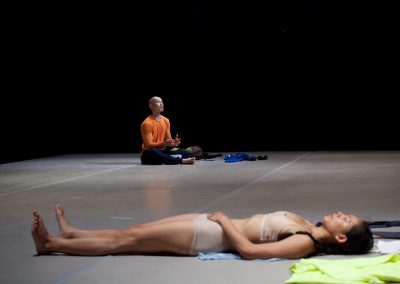