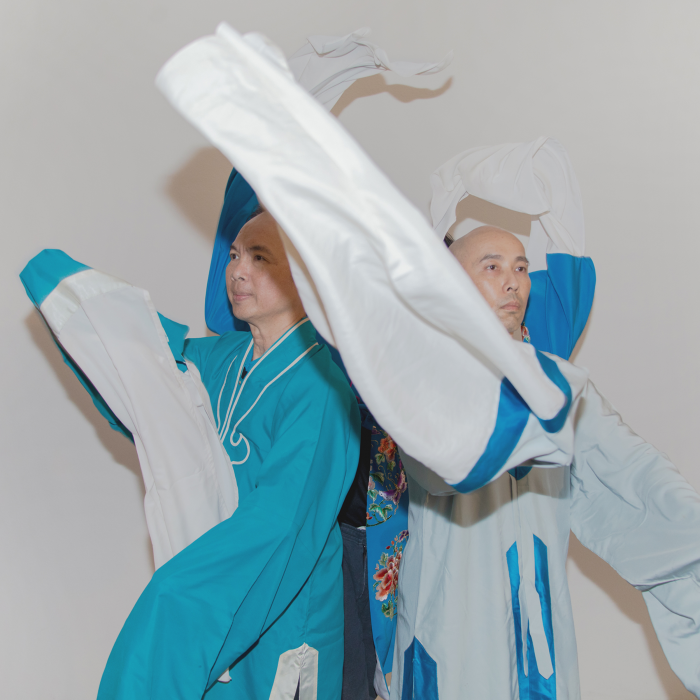 Eight queer performers of Chinese descent come together to work on a new Chinese queer performance form called Queer Dan, inspired by Nan Dan (男旦), the male-female cross-dressing performance in Chinese opera. Our task is not to reproduce the traditional Nan Dan, as it still reflects Chinese heteronormative gender identities. Instead, we seek to subvert it by inventing Queer Dan, which not only reworks the look and form of traditional Nan Dan, but also critically engages issues of cultural appropriation and power relations with the white gaze.

This is an attempt to decolonize white queerness by producing narratives and representations of queers of Chinese descent to counter the dominance of Western-centered queer discourse. The goal is to promote a broader discourse and awareness of Chinese queer history and perspective. It is also the first step in a long process of experimenting with Queer Dan and reclaiming Chinese queerness. At the end of the project, the first Queer Dan Ball will be presented in Berlin, which will also serve as a safe space for queers of Chinese descent to build solidarity and celebrate our queer culture. In doing so, we hope to activate and direct our own awakening and discourse on Chinese queerness.